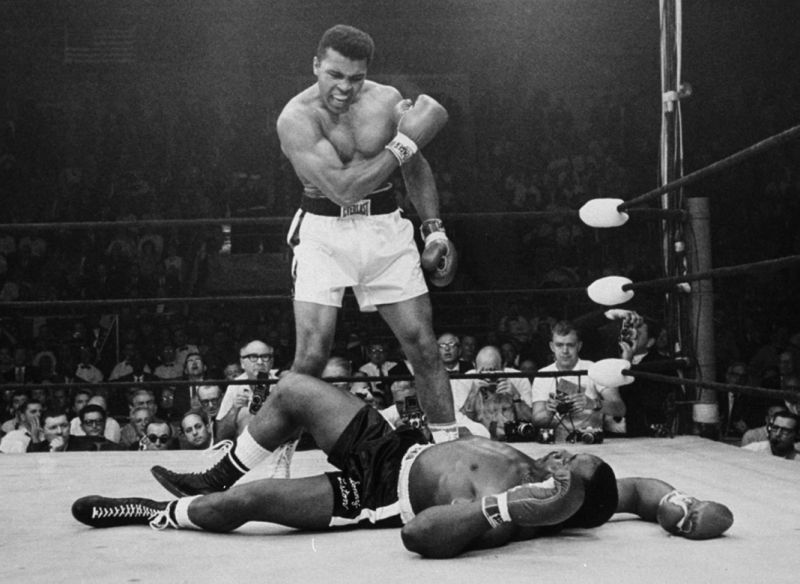 I awoke to very sad news today when I learned The Greatest of All Time had passed away after a 20 year battle from Parkinsons. I don’t think you can be a man of my generation and not have very strong views on Muhammad Ali. He was without a doubt the most polarizing athlete of my time and arguably the most polarizing person period, outside of politics. Though Ali absolutely lived his life without shying away from politics.

I don’t remember Ali pre Islam conversion really. I was a little kid and wouldn’t have understood it anyway. I do remember him getting out of jail and getting ready for the first Frazier fight. I’d never seen or heard or seen anything like him. I was living in southern Louisiana at the time and people HATED him. Like really hated him. A lot was backlash against the “white slave masters” line from when he refused to go to Vietnam (his conviction for draft dodging was eventually overturned by the Supreme Court in 1971) and a lot was just because he was a brash unapologetic black guy in the late 60s and early 70s. That shit didn’t really fly in 1970 in the south. I’m not even sure he had a lot of support with southern blacks in the Frazier fight because he wasn’t Christian. I however loved him. I don’t know what it was, whether I was mature enough to rebel against the unfairness of what had happened to him, or if I just was mesmerized by the unabashed cockiness, or loved him messing with Howard Cosell . Whatever it was,he was my guy and I didn’t mind saying so. I certainly didn’t realize it at the time, but that was likely the beginning of my comfort with having opinions not necessarily in line with my peer group. (Today I tell people I’m a white male, over 50, university educated engineer from Texas and Louisiana who generally votes democrat-I’m a party of one!). If so then thanks Champ. It was the best gift you could have given me.

Through the years of watching him, I did not agree with everything he did. He treated Frazier like crap. He could turn a blind eye to dictators (but hey,so can his government). 4 marriages. But you cannot deny that he lived his convictions and that he brought a tremendous amount of joy to the world, moreso after his boxing career. He gave of himself freely.mAdd the Parkinsons and his life seems unreal. No athlete since has used their platform to state their views while truly damning the consequences. Oh that I could live my convictions as he did. Oh that all of us could.

Muhammad Ali, you were, and always will be the greatest. And shook up the world, and pretty, and a baaaaaad man.

I just found this. Ali/Cosell. Awesome!